If you're anything like me, you wake up some days dreading the thought of facing the day.

For those days when even a double espresso does nothing for you here are some of my favourite quotes to motivate, inspire and help you smash your goals! 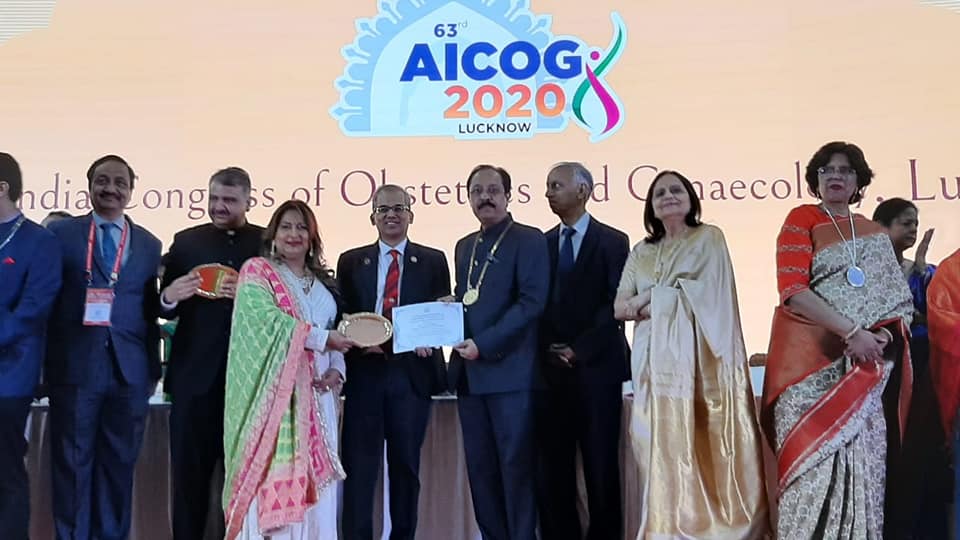 Excellence is never an accident. It is always the result of high intention, sincere effort, and intelligent execution; it represents the wise choice of many alternatives - choice, not chance, determines your destiny - Aristotle

It is good to have an end to journey toward; but it is the journey that matters, in the end ― Ursula K Le Guin

Few things are impossible to diligence and skill. Great works are performed not by strength, but by perseverance - Samuel Johnson

For me, becoming isn’t about arriving somewhere or achieving a certain aim. I see it instead as forward motion, a means of evolving, a way to reach continuously toward a better self. The journey doesn’t end ― Michelle Obama

Felicitating Past Chairpersons of the FOGSI Endocrinology Committee at my final workshop at AICOG 2020 in Lucknow, January 2020
Dr Krishnendu Gupta, Dr Nimish Shelat, Dr Suvarna Khadilkar and Dr Anita Singh were felicitated in Lucknow while Dr Vandana Walvekar was presented a plaque at the FOGSI Office in Mumbai since she could not travel

We travel, some of us forever, to seek other states, other lives, other souls ― Anaïs Nin

One never notices what has been done; one can only see what remains to be done - Marie Curie

Tell me and I forget, teach me and I may remember, involve me and I learn - Benjamin Franklin

To be what we are, and to become what we are capable of becoming, is the only end of life - Robert Louis Stevenson

Release of the FOGSI Handbook on Drugs in Infertility at the West Zone Yuva FOGSI Conference, Gandhinagar, January 2020

We should not judge people by their peak of excellence; but by the distance they have traveled from the point where they started― Henry Ward Beecher

The important thing is not to stop questioning - Albert Einstein

Those who know, do. Those that understand, teach - Aristotle

Courage and perseverance have a magical talisman, before which difficulties disappear and obstacles vanish into air - John Quincy Adams

Release of the FOGSI ICOG Gestosis GCPR on Hypertensive Disorders of Pregnancy at the ICOG Annual Conference, Bhubaneswar, November 2019

I have no special talents. I am only passionately curious - Albert Einstein

Be kind, for everyone you meet is fighting a harder battle - Plato

It is not enough that we do our best; sometimes we must do what is required - Winston Churcill

The FOGSI and ICOG leadership at the ICOG Annual Conference, Bhubaneswar, November 2019

Nothing in life is to be feared. It is only to be understood - Marie Curie

The best portion of a good man's life: his little, nameless unremembered acts of kindness and love - William Wordsworth

Truth is ever to be found in the simplicity, and not in the multiplicity and confusion of things - Isaac Newton

Acquire the art of detachment, the virtue of method, and the quality of thoroughness, but above all the grace of humility - William Osler

Always forgive your enemies; nothing annoys them so much - Oscar Wilde

Receiving the prestigious We for Stree Champion of FOGSI Award at the hands of Sonalee Kulkarni, November 2019

Blessed is he who expects nothing, for he shall never be disappointed - Alexander Pope

A child can teach an adult three things: to be happy for no reason, to always be busy with something, and to know how to demand with all his might that which he desires - Paulo Coelho

The only true wisdom is in knowing you know nothing - Socrates

We are all born ignorant, but one must work hard to remain stupid - Benjamin Franklin

There is only one thing that makes a dream impossible to achieve: the fear of failure - Paulo Coelho

Release of the FOGSI Focus on Recent Advances in Infertility at the hands of Diana Hayden and Sonalee Kulkarni at the C2D2 Conference in Mumbai, November 2019

There is only one good, knowledge, and one evil, ignorance - Socrates

The secret of genius is to carry the spirit of the child into old age, which means never losing your enthusiasm - Aldous Huxley

Success is not final, failure is not fatal: it is the courage to continue that counts - Winston Churchill

Team FOGSI 2019 with the Office Bearers at the FOGSI Managing Committee meeting in Mumbai, September 2019

Most people are other people. Their thoughts are someone else's opinions, their lives a mimicry, their passions a quotation - Oscar Wilde

Remember that wherever your heart is, there you will find your treasure - Paulo Coelho

To talk well and eloquently is a very great art, but that an equally great one is to know the right moment to stop - Wolfgang Amadeus Mozart

Release of the Endometriosis Vision Protocols for Practice at the hands of our FIGO Past President Dr CN Purandare in Hyderabad, June 2019

Life is not a matter of holding good cards, but of playing a poor hand well - Robert Louis Stevenson

Have no fear of perfection - you'll never reach it - Salvador Dali

The FOGSI ICOG Gestosis GCPR on Hypertensive Disorders of Pregnancy Committee at the FOGSI Office, May 2019

It had long since come to my attention that people of accomplishment rarely sat back and let things happen to them. They went out and happened to things - Leonardo da Vinci

A man is a success if he gets up in the morning and gets to bed at night, and in between he does what he wants to do - Bob Dylan